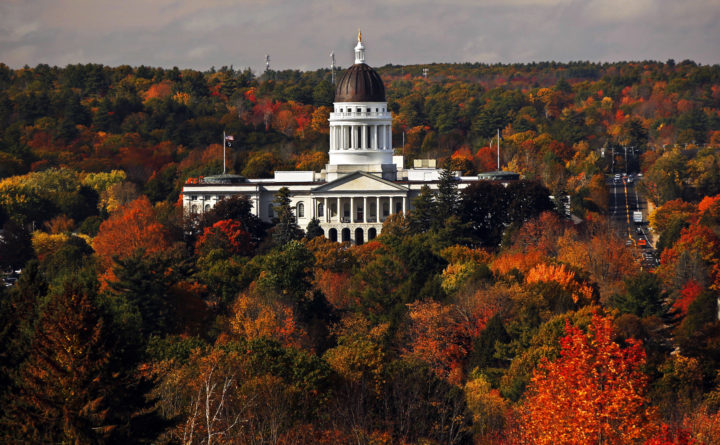 The State House is surrounded by fall foliage Monday, Oct. 23, 2017, in Augusta, Maine. Republican Gov. Paul LePage ordered lawmakers to return to the state capitol to fix problems in the food sovereignty law and to provide funding for the Maine Office of Geographic Information Systems. Legislators are also dealing with recreational marijuana sales and the future of a new voting system approved at the polls last fall. (AP Photo/Robert F. Bukaty)

This week’s viral computer attack on various national government computer servers is by no means an isolated incident. Cybersecurity officers say that every day hundreds of thousands of attempts are made to hack state systems and that the attacks are becoming more sophisticated.

“What we have is, although the numbers can be large, those we are really worried about have had a tremendous amount of sophistication,” said Maine Chief Information Officer Fred Brittain.

Maine is subject to ruthless attempts to access its computers, Brittain said. The hackers are often linked to advanced international efforts that spend millions of dollars, he said.

“Many people still believe that when they think of hackers, they think of a teenager in their parents’ basement, you know, eat Cheetos and try to steal a social security number,” Brittain said. “And that is really no longer the case; they are nation-states. “