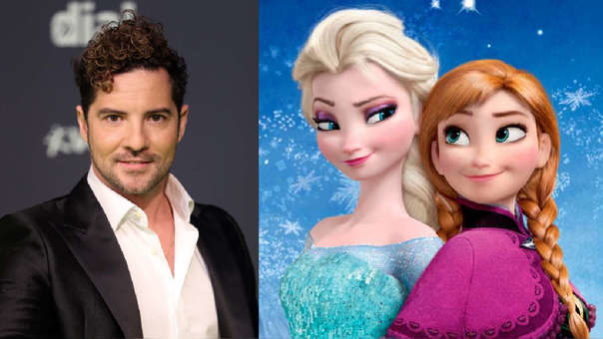 Spanish singer David Bisbal will perform the song ” Far beyond “, which will be in the final credits of ” Frozen 2 ” in the versions for Spain and Latin America, Disney said in a statement Tuesday.

The song is an adaptation of ” Into the unknown “, performed by Panic! at the Disco in the American version of the film.

“It is a project that has come as a big surprise to my life and my career,” said Bisbal, who added that he will be “eternally grateful” for having had the chance to participate “in such an iconic film and has been so important for many families. “

Both the video clip and the song will be available from November 8 on all digital platforms, while the original Spanish soundtrack of the film will be a week later, on the 15.

” Frozen 2 “, which will arrive at Cinemas from almost everyone on November 22, is the continuation of “Frozen: The Ice Kingdom”, the highest-grossing animated film in the cinema, with more than 1.2 billion dollars raised.