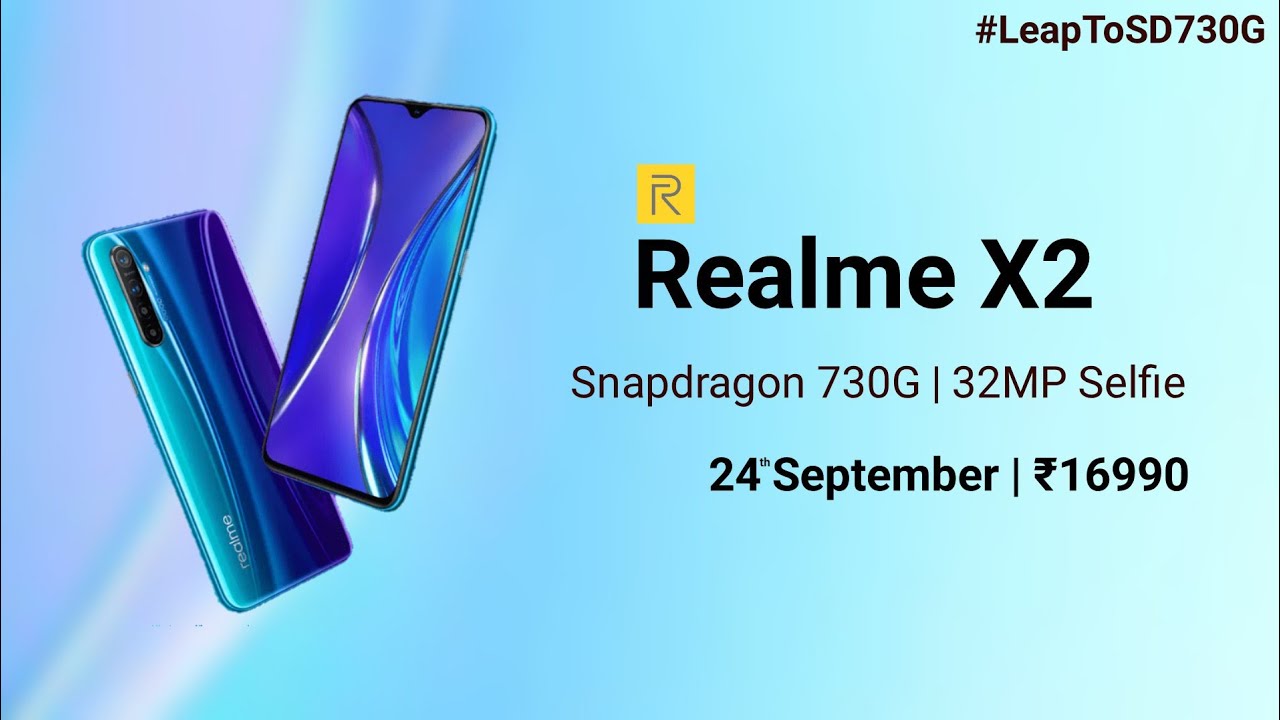 Realme X2 is powered by a 4,000 mAh battery, which is to be introduced according to the Chinese smartphone manufacturer on September 24 in China. In addition, a poster of the rear design of X2 was shown in the Chinese social network Weibo. The company announced earlier this week that the Realme X2 would feature the 30W technology for fast charging of VOOC 4.0 flash chargers and a Snapdragon 730G SoC.

Weibo’s latest contribution confirms a 4,000 mAh battery on the Realme X2 and reaffirms the presence of the 30-watt VOOC 4.0 flash-batch technology, which will be released earlier this week along with a 32-megapixel selfie camera and was tested for a game-optimized Qualcomm Snapdragon 730G SoC.

The unveiling of the Realme XT 730G showed it included a Super AMOLED display with a built-in fingerprint sensor, a Qualcomm Snapdragon 730G SoC, a 4,000 mAh battery, a 30 W VOOC flash charge and a 64 megapixel quad Would give back camera configuration. Xu Qi Chase, Chief Marketing Officer of Realme, had previously posted a picture on his Weibo account revealing that the phone will be available in at least two color options.

Thanks to a TENAA listing earlier this month, the Realme X2 specifications are expected to feature a 6.4-inch Full HD + (1080 x 2340 pixels) display, Android 9.0 Pie with ColorOS 6.0 skin, 6GB and 8GB of RAM options and include a 32 megapixel selfie camera.