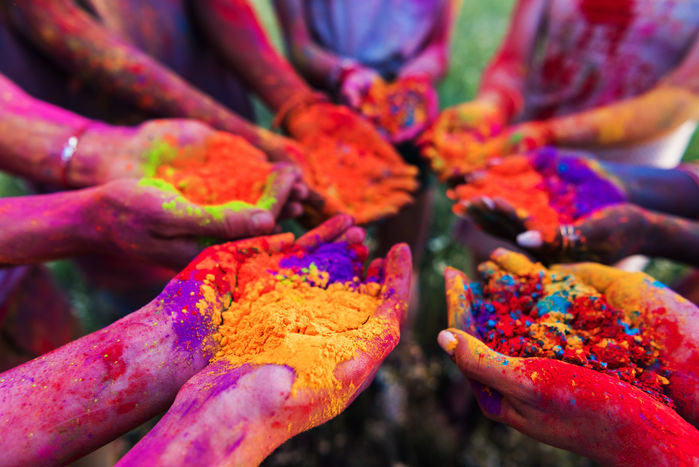 Whether you look red, feel blue or turn green with envy, may depend on which country you call home, a new study suggests. And when they received data about how a person associated colors with emotions, researchers could predict where they were from 80% of the time.

The researchers interviewed 711 people from China, Germany, Greece, and the United Kingdom. Volunteers read the word for 12 colors, such as ‘green’ and ‘turquoise’. They then indicated which of the 20 emotions the colors came to mind and how strongly the color was tied to the emotion.

Everywhere the colors that inspired most emotions were red, black and pink, while brown and purple had weaker associations. For example, black was associated everywhere in all countries with sadness and red with positive feelings such as love and joy along with negative emotions such as anger and hatred, the researchers report today in the Royal Open Science Society.

There were still some cultural differences (see image below). For example, people in Germany were more strongly associated with disgust than any other country, and people from Greece were the only group who mainly associated purple with sadness. White was judged to be more negative in China (people who traditionally wear white for funerals) and yellow was positive in all countries except Greece.

What your feelings about color say about you
Volunteers from four countries in Europe and Asia indicated the feelings they associated with the colors below. The bars represent the number of people who indicated that the feeling was strongly related to the specified color. Given these emotional profiles, researchers used a machine-learning algorithm to guess which colors were assessed and from which countries the respondents came.

By using a kind of artificial intelligence called machine learning, which uses data to ‘train’ a program to make guesses or contexts that would not be immediately apparent to humans, researchers could predict the country the person came from.

The team says the study shows how such technology can be used to give meaning to emotion research – a field where data is often complex and nuanced and rarely black and white.

You might like:
Blackhole reverberations suggest the cosmic beasts are as ‘bald’ as cue balls
NASA to build a telescope for detecting asteroids that threaten Earth
Rolls Royce from the Year 2035!